Your chance to make an impact by helping the less fortunate through love & care while on a lifechanging adventure. Fulfill your passion for improving the lives of others & make a difference for entire communities

Find A Program in China
Take a minute to complete the form and we will be in touch. 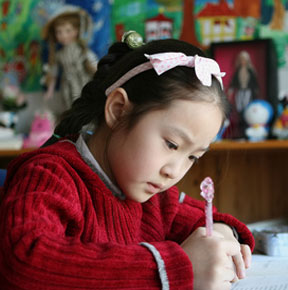 Imagine walking into a classroom of children excitedly greeting you and eager to learn English from you! Teach English in China and inspire the lives of the young in China, while experiencing an enthralling culture exchange! China is growing incessantly.

With this growth, comes constant beneficial development for the country. China’s industrial and financial involvement in the international arena means that the English language is becoming a must-have skill for the people to have in order to enter institutions of higher learning.

New Hope collaborates with Chinese public schools, most of which are located in the rural parts of China. Most schools in the poorer areas are understaffed and over-crowded. On top of that, many do not have well-trained teachers to give the children the adequate English skills that they need.

There is a high amount of pressure put upon these kids to learn and excel at the language, but more often than not, the system is working against them. By volunteering to teach English in China, you will help to give young Chinese students the skills they need for a better future.

Make a difference in the lives of the children of rural China, while practicing your Mandarin exploring the ancient culture in one of the world’s oldest civilizations.

As a volunteer teaching English in China, your efforts will be focused on educating young children and preparing them for a brighter future. Depending on your individual interests and skills, and on the needs of the local staff, your daily activities involve, but are not limited to:

How You Can Make a Difference

In China, there is growing demand for an English education. With the economic growth, the importance of English education is also growing. Many of the schools in China have established an 'English corner.' This is a place specially designed for teaching and learning English. These schools are very eager to get native English teachers.

Unfortunately, only private, expensive schools in city areas attract native English teachers. Most of the resource poor schools remain in quest for quality teachers for their English classes and especially for native English speakers.

Therefore, as a volunteer in China, you will teach English at these resource poor and rural schools. Our volunteers will be working with local public schools and mostly teach children from poor families.

You will work with existing programs and using their curriculum, (with your added style of course) help Chinese students to become confident English speakers. By improving their English, you can help to brighten their futures by opening the door to more opportunities for them.

Volunteers should be good role models, flexible, patient, caring, creative, responsible and open-minded. Volunteers must also respect the locals and the host organizations, along with their rules and projects.

The Teaching English in China project is Qingdao, (pronounced Tsingtao) which lies in the southeast part of Shandong Province and voted as “the Most Livable City in China”. Housing over 8.7 million inhabitants, it is a beautiful seaside city with clear, crisp air and an enchanting sea view.

Heavily influenced in the early 1900s by Germany, the city contains old German colonial architecture that is more than enchanting to explore. This city is bordered on both sides by the Yellow Sea and takes pride in having the longest sea bridge in the world to connect to major urban areas.

The city also boasts Asia’s largest bathing beach. To the east of the city, Korea and Japan lay just a stone’s throw away, making the city an important seaport for international trade. The Tsingtao Beer Company, Haier Group and Hi-Sense are all giant conglomerates based in Qingdao.

During the course of your program, you will have plenty of free time to explore China and be fascinated in the country of the old and the new, the rich and the poor, and the Yin and the Yang.